The TORONTO INDOOR WAKEBOARD CHAMPIONSHIP is your chance to catch the biggest names in wake sports while attending the Toronto International Boat Show to see the newest in wake boats, boards and wake sports gear!

Starring the sport’s top pros competing for $10,000 in cash and World Series points, the TORONTO INDOOR WAKEBOARD CHAMPIONSHIP provides a climactic close to the final weekend of the Boat Show punctuated by play-by-play announcing, music, giveaways and pro autographs!

Canada’s best amateur riders will also battle for over $2,000 in prizes and a shot to ride against the pros!

Don’t miss this world class showcase of the best in wake sports at the Toronto International Boat Show!

Stay tuned to @torontoboatshow and @wakecanada on Instagram for all of the event updates!

The Pro Contest is open to a limited number of top Men and Women riders on a pre-approved basis, and will feature Qualifications on Friday January 25 followed by Finals on Saturday January 26.

All Pro and Amateur riders must bring their own equipment, including wetsuit (water is very cold!). Helmets are mandatory! All riders must sign an event participant waiver on site. Riders under age 18 must have a parent/guardian sign the waiver. 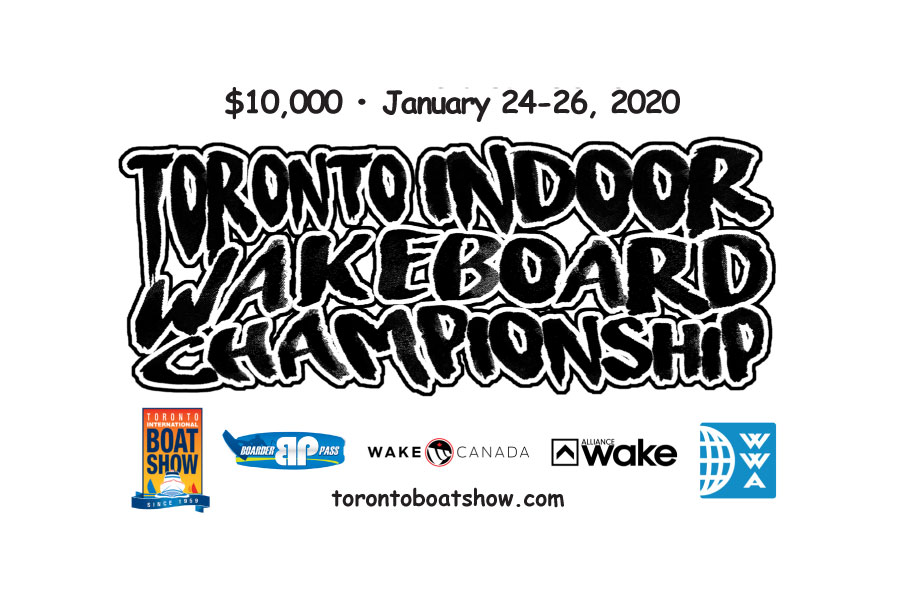